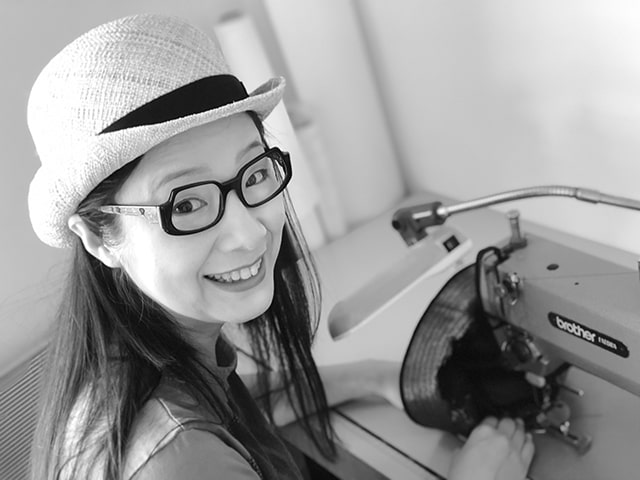 After graduating from Bunka Fashion College in Tokyo, Sawa Vaughters worked with the esteemed British Milliner, Stephen Jones. While working at his atelier, she produced hats for Christian Dior, John Galliano, and many other collections.

After that, Sawa Vaughters went to Hollywood to design and produce hats for music videos, magazines and commercials including Smashing Pumpkins, George Michael, and others.
While in Los Angeles, she was selected as an alumni designer for GEN-ART Fresh Face in Fashion (L.A).

SAWA VAUGHTERS hats were displayed at  the Victoria and Albert Museum, London (V&A) in the exhibition “HAT ~An Anthology by Stephen Jones~”, which featured historic hats such as those used at Christian Dior’s first fashion show, to hats used at the shows of famous fashion designers from around the world.

SAWA VAUGHTERS offers genderless and ageless products from casual to avant-garde, based on the philosophy of “Provide Originality Through Creations.”

The form of each hat is adjusted down to the millimeter, and several types of interfaces are combined to suit each material, in pursuit of a finish that matches the design.

All hats are made in Japan, and felt hats are hand-blocked by skilled craftsmen using traditional wooden hat blocks.

We always strive to deliver one-of-a-kind hats, focusing on the details so our customers will wear them with love, for years to come.

Leave us a message